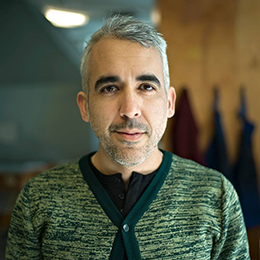 Peter Morin is a Tahltan Nation artist, curator and writer.  He recently relocated from British Columbia to Brandon Manitoba where he joined the Visual and Aboriginal Arts Faculty at Brandon University. In both his artistic practice and as his curatorial work Morin investigates the impact between indigenous cultural-based practices and western settler colonialism. This work, defined by Tahltan Nation epistemological production, often takes on the form of performance interventions. Morin has participated in numerous group and solo exhibitions including Team Diversity Bannock and the World’s Largest Bannock attempt (2005), A return to the place where God outstretched his hand (2007); 12 Making Objects AKA First Nations DADA (12 Indigenous Interventions) (2009); Peter Morin's Museum (2011); Peter Morin’s Ceremony Experiments 1 through 8 Circle (2013). In addition to his art making and performance-based practice, Morin has curated exhibitions at the Museum of Anthropology, Western Front, Bill Reid Gallery, and Yukon Art Centre.

“Peter Morin interventions and projects take us outside our own experience and into a new space of humour and wisdom. HIs work as an artist, a teacher, and curator have defined him as a leader within a new generation of artists,” said juror Glenn Alteen. 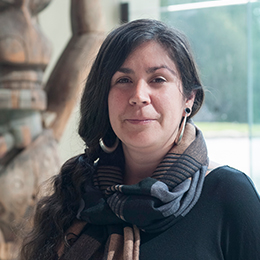 Tania Willard works within the shifting ideas of contemporary and traditional as it relates bodies of knowledge and skills that are conceptually linked to her interest in intersections between Aboriginal and other cultures. Willard's recent curatorial work includes, Beat Nation: Art Hip Hop and Aboriginal Culture, CUSTOM MADE, Unceded Territories: Lawrence Paul Yuxweluptun, Work to Rule: Krista Belle Stewart, Nanitch: Historical BC photography and BUSH gallery.

In the words of David Garneau, “Tania Willard is a curator of the extraordinary local, the Indigenous as fiercely contemporary, worldly, but also rooted in real places. She brings grounded Indigenous expression and experience to the white box art gallery and conceptual art to the Rez. Her Bush Gallery projects offer a glimpse into the future of Indigenous curation beyond the art world.”