Kent Monkman is the recipient of the 2014 Hnatyshyn Foundation Award for Outstanding Achievement as an Artist. An artist of Cree ancestry who works in a variety of media including painting, film/video, performance and installation, Monkman has exhibited widely within Canada, and is well represented in numerous private and public collections including the National Gallery of Canada, the Art Gallery of Ontario, and the Montreal Museum of Fine Arts. 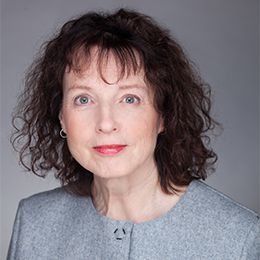 Daina Augaitis is chief curator/associate director at the Vancouver Art Gallery since 1996, where she plays a key role in shaping the museum’s exhibition program and building its collections. In the last decade Augaitis has organized solo exhibitions of artists such as Rebecca Belmore, Stan Douglas, Brian Jungen, Song Dong, Ian Wallace, Gillian Wearing, Paul Wong, and Yang Fudong, and thematic exhibitions that have featured socially based works. She was formerly director of the Visual Arts Program at the Banff Centre for the Arts, where she organized residencies for artists and curators, and has held curatorial positions at the Walter Phillips Gallery, Western Front, Convertible Showroom, and Franklin Furnace. Augaitis recently curated the exhibition Muntadas: Entre/Between at the Museo Nacional Centro de Arte Reina Sofía, Madrid, Spain.