The prizes, initiated by Charles Pachter in 2012 for a period of three years, are now supported by William and Meredith Saunderson. The $5,000 prizes are intended to nurture emerging talent in the visual arts in Canada. 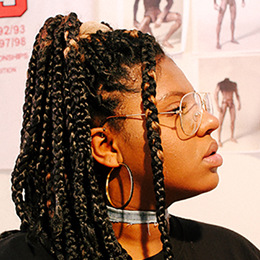 Esmaa Mohamoud is an African-Canadian sculptor/installation artist working in Toronto. Her sculptures and installations focus on the navigation of Black bodies in contemporary spaces. Engaged in the politics surrounding Black male bodies in particular, her recent body of work investigated the (in)tangibility of Blackness through the exploration of athletics—specifically, the sport of basketball. With the use of industrial materials, Mohamoud aims to re-examine our contemporary understanding of Blackness and challenge the relationship of blackness as a colour and shade, and Blackness as a societal or cultural construction of a group of people. Mohamoud graduated from Western University’s Bachelors of Art program in 2014. In 2016, Mohamoud graduated from the Interdisciplinary Arts, Media, and Design Masters Program at the Ontario College of Art and Design University. 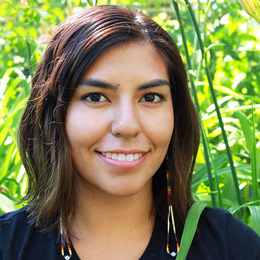 Audie Murray is a multi-disciplinary Métis artist originally from Saskatchewan currently learning and creating on the unceded territories of the Coast Salish peoples. She has completed a visual arts diploma at Camosun College in 2016 and her Bachelor of Fine Arts at the University of Regina in 2017. She has studied traditional tattoo practices with the Earth Line Tattoo Collective in the summer of 2017. Working with themes of contemporary Indigenous culture, and ideas of connectivity and duality, she believes that the concept and energy of her artworks informs their materiality and form. Audie has shown her works at various events and spaces in Canada including Open Space, the Mackenzie Art Gallery and the Justina M. Barnicke Gallery. 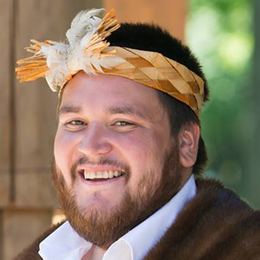 Hjalmer Wenstob was raised on an island in Barkley Sound, in Huu-ay-aht First Nation’s territory, off the west coast of Vancouver Island. It was there that his understanding and desire of pursing both his traditional Nuu-chah-nulth and contemporary art practices began. Hjalmer Wenstob is an interdisciplinary artist who specializes in sculpture and carving. He is Nuu-Chah-Nulth from the Tla-O-Qui-Aht First Nations on his father's side, and Norwegian and English on his mother’s side. Hjalmer speaks of three dialects of his work; contemporary, traditional, and community-based. Through his contemporary dialect, Hjalmer completed both an undergraduate and master's degree at the University of Victoria, exploring the relationships between cultures and art, and the balance between traditional and contemporary. His work, at times is highly political, and uses humour and irony to pose difficult questions of respect, reconciliation and environmental issues. Recently, Hjalmer and his family opened Cedar House Gallery in Ucluelet, B.C. where Hjalmer is exploring ways of weaving his contemporary/political work with more traditional materials and styles.

The laureates were chosen by a panel of art experts, including Brandy Dahrouge, Director of Visual Arts, Banff Centre; Dominique Fontaine Curator/Researcher/Cultural Advisor/Founding Director, aPOSteRIORI, Montréal; Stuart Keeler, Senior Art Curator for TD Arts, Global Corporate Citizenship; and Tania Willard, Curator, 2016 recipient of The Hnatyshyn Foundation’s Award for Curatorial Excellence in Contemporary Art. The Hnatyshyn Foundation would like to thank the jurors for their generous assistance.