Recipients of the William and Meredith Saunderson Prizes for Emerging Artists

Beginning in the fall of 2015, the William and Meredith Saunderson Prizes for Emerging Artists.

The prizes consist of three awards of $5,000 each to support three young emerging visual artists whose practice shows great potential. The three recipients are selected each year by a Hnatyshyn Foundation recipient of the mid-career curatorial award. 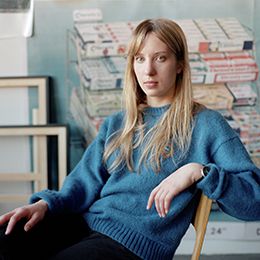 Sara Cwynar lives and works in Brooklyn, N.Y., and has a B.A. in Design from York University in Toronto. Working sometimes in a studio setting, using collage, assemblage and rephotography, she creates photographic tableaus and sculptural constructions using found objects and images. Her work contains implicit references to a commercial aesthetic, to the history of photographic techniques, and to art history. These are reminders to us that the stories behind familiar images constitute, to a certain extent, the visual framework of a collective consciousness. Yet this narrative is often disrupted by successive, almost baroque, manipulations, revealing some of the aesthetic strategies that guided their initial development. Sara Cwynar’s work has been featured in both solo and group exhibitions at venues that include the Cooper Cole Gallery in Toronto, the Rosenwald-Wolf Gallery and the University of the Arts in Philadelphia, the Dallas Museum of Art, and the Foam Photography Museum in Amsterdam. 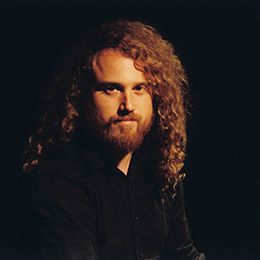 Mathieu Grenier lives and works in Montréal, and has a B.A. in Visual and Media Arts from the Université du Québec à Montréal. Through a practice that involves installation — generally produced in situ — and photography, he explores the relationships between the artist and creative work, and between the viewer, the work and an exhibition context. Sometimes referential in nature, sometimes humorous, his work draws upon memory to piece together a certain story for the works and their interactions. His works, developed with great attention to detail, suggest a “shift from the devices behind the work to the work itself as device.” Mathieu Grenier’s work has appeared in group exhibitions in Montréal at Les Territoires gallery, Trois Points gallery, Espace Cercle Carré, and the Galerie de l’UQAM, as well as at the Musée régional de Rimouski. In 2015, his work will be featured in solo exhibitions at Arprim in Montréal and at Lobe in Chicoutimi. 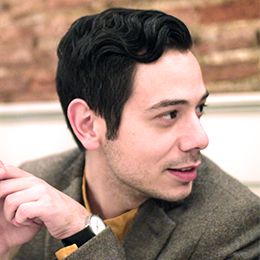 Erdem Taşdelen grew up in Switzerland, Germany and Turkey before settling in Vancouver, where he earned an M.A. in Visual Arts from the Emily Carr University of Art and Design. His multidisciplinary practice involves a variety of mediums, such as installation, drawing, sculpture, video, sound and the artist’s book. He uses text and language in various forms — graphophonology, psychotherapy, repetition, resolution, etc. — to conduct subtle enquiries into subjectivity and its representation. His various projects, characterized by a mordant humour, also involve him in a reflective process that brings self-expression into question within the context of culturally learned behaviours. Erdem Taşdelen’s work has been featured in solo and group exhibitions at Galeri NON, ARTER and the Sanatorium Gallery in Istanbul; at MAK – Museum of Applied Arts, Vienna; at the Kunstverein Hannover in Hanover, Germany; at the Republic Gallery, Western Front, 221A, and the Charles H. Scott Gallery in Vancouver; and at Oakville Galleries in Toronto.