Seven young performing artists have been selected to receive grants of $10,000 each this year from The Hnatyshyn Foundation to pursue their studies for the 2020-21 academic year. This brings to $1,120,000 the amount invested in post-secondary grants for performing artists since the Foundation began programming in 2005.

In addition to the $10,000 grants in the performing arts, the Foundation also provides a fellowship of $15,000 in partnership with the McGill Schulich School of Music. The second recipient of the Hnatyshyn – Christa and Franz-Paul Decker Fellowship for Young Conductors was awarded to Kelly Lin of Montreal. 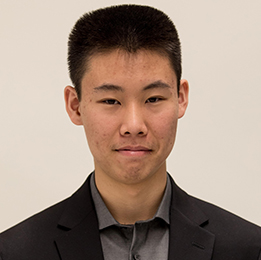 Praised by respected cellist Ronald Leonard as having “prodigious technique, a beautiful sound, and something special to say”, cellist Michael Song currently studies with Hans Jørgen Jensen and Andrés Díaz at the Glenn Gould School; accepted to the Curtis Institute of Music at seventeen, Michael is also an alumnus of the Colburn School where he served as principal cellist of the Colburn Virtuosi from 2017-18. At Colburn, he studied with Clive Greensmith, Hans Jensen, Ronald Leonard, and Arnold Steinhardt. Michael has also studied with Lynn Harrell, Wolfgang Emanuel Schmidt, Richard Aaron, Laurence Lesser, and Danjulo Ishizaka.
Michael performs on a rare cello made in 1723 by Domenico Montagnana and a bow by Jean Pierre Marie Persoit.

"Receiving this Hnatyshyn Developing Artist Grant is a tremendous honour for me; I am distinctly proud to be Canadian, and it’s especially meaningful in a country that has become a launching ground for so many first-rate musicians. I look forward to the great assistance this award will have toward my studies in Canada, and I am endlessly grateful for the inspiration this grant provides me. Even past the immense benefit of the prize itself, it is absolutely inspiring to me to receive recognition like this from an experienced jury- it’s very motivating and moving to me" 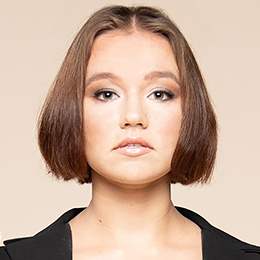 Ukrainian-Canadian pianist Mariya Orlenko is the recipient of The Ihnatowycz Emerging Artist Scholarship at the Glenn Gould School, where she studies under the tutelage of John Perry and David Louie.
Mariya received the Grand Prize in the Canadian Music Competition, and First Prize in the Virginia Waring International Piano Competition. She was the recipient of the Best Performance of a Canadian Work Prize at the OSM Manulife Competition. In 2019, she was a semifinalist in the Aarhus International Piano Competition.
Mariya has performed with orchestras across North America, including Orchestre Symphonique de Quebec, Virginia Waring Festival Orchestra, Gulf Coast Symphony Orchestra and the Kindred Spirits Orchestra.

“This award has granted me the opportunity to further pursue my career in music without fear of financial obstruction, especially in this time of global uncertainty. I am deeply moved and grateful to the Hnatyshyn Foundation for supporting young Canadian artists while giving us the opportunity to continuously grow, follow our dreams and give back to the community. As I step into the real world, this grant will serve as an important stepping stone, further developing and assisting me with my commitments in my education, performance and outreach!” 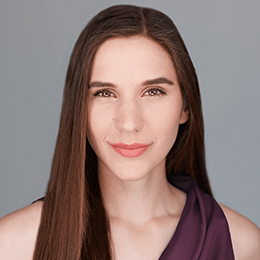 Mezzo-soprano Adanya Dunn is an alumna of the University of Toronto, Bard College Conservatory, and the Conservatory of Amsterdam. She has been a Voice Fellow at the Music Academy of the West, the Banff Centre, and the Rebanks Family Fellowship & International Residency at the Glenn Gould School. Upcoming performances include an opening recital performance in the Grote Zangers series at the Muziekgebouw and a solo recital in their Canal House series, and a concert tour of the Netherlands with her voice-piano duo, featuring original compositions and arrangements. Adanya is currently based in Amsterdam where she continues her private studies.

“This grant directly impacts and supports the deepening and honing my craft so that I may share my voice to empower, inspire, and contribute within all contexts of my musical endeavours. Through my classical operatic training, it is my mission to engage communities worldwide with my voice as the connecting thread to sew together larger tapestry of interconnectedness.” 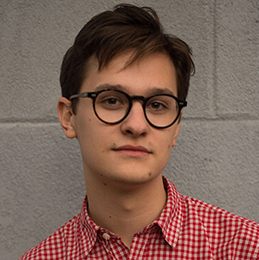 David Hodgson of North Vancouver is the recipient of the Oscar Peterson Grant. This year, David is entering his fourth year of the Jazz Performance Program at the University of Toronto. Since picking up the saxophone in elementary school band, David has had the pleasure of learning from and working with amazing musicians across the country and elsewhere. He is constantly inspired and influenced by his peers, admiration of art and design, and an intense curiosity and excitement surrounding music.

“It’s a great honour to be selected as this year’s Oscar Peterson Grand for Jazz Performance recipient. This award provides tremendous financial support as I enter my fourth year of university and inspires me to continue creating exciting and meaningful music. Through the continued support of organizations such as the Hnatyshyn Foundation - the incredible talents of young Canadian artists are enhanced and refined”. 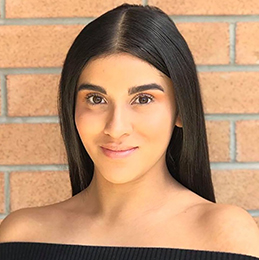 Maria Fernanda Riano of Toronto, Ontario is honoured to be this year’s grant recipient for Contemporary Dance. Maria returns this fall to complete her final year in the BFA Performance Dance program at Ryerson University where she has worked with many renowned choreographers and distinguished instructors.  In 2019 Maria was chosen to participate in the world-wide Cunningham Centennial celebrations through the remounting Changing Steps, originally choreographed in 1973 by Merce Cunningham. The work was staged by Dylan Crossman and was presented at The Art Gallery of Ontario in partnership with Fall for Dance North.

"I am both thrilled and extremely humbled to have received this award for my ongoing development in dance. I would like to express my sincere gratitude to The Hnatyshyn Foundation to all of the educators who have supported me throughout my journey, helping to make me the artist that I am today.  My passion for dance has driven me my whole life and today is a milestone testifying to my commitment to this art form." 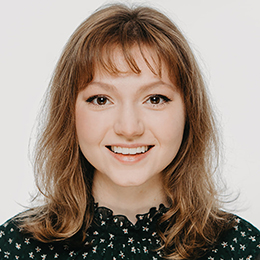 Ella MacDonald is an emerging artist from K’jipuk’tuk (Halifax, Nova Scotia), completing her B.A. Honours in Acting & Certificate in Dance at Dalhousie University. In 2019 she completed the Animotion Puppetry intensive at Mermaid Theatre of Nova Scotia. Ella aspires to complete an M.A. in Performing Arts and become a certified intimacy director, and has special interests in artistic leadership. Her focus is currently on contemporary and devised works. In her career, Ella wishes to create new works that share questions about the world that we are all struggling to answer. When times are hard, the world turns to art as a source of joy, to provoke thought, and create community. Ella wishes to give back to her community by creating world-class theatre.

"When times are hard, the world turns to art as a source of joy, to provoke thought, and create community. It is a privilege to study performing arts in 2020, and I wish to give back to my community by creating world class theatre. The Hnatyshyn Grant will provide incredible financial relief for both me and my family so that I can focus on my studies before entering an industry which is now more uncertain than ever." 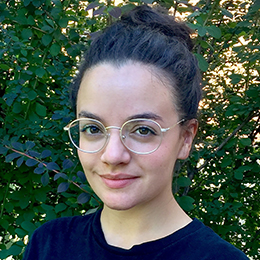 While studying at the post-secondary level, Camille played a continuing leading role in the television series O’, followed by a continuing guest role in the teen series Subito texto. During her final year of B.A. in Law at the Université de Montréal, she played the role of Cassandre in Le coupable [The Guilty], the third feature film from director Onur Karaman. These on-camera acting opportunities confirmed her desire to train professionally as a stage performer. In Spring 2021, she will complete a three-year theatrical acting program at the Cégep de Saint-Hyacinthe.

"I am profoundly grateful to the Hnatyshyn Foundation and its jury. For me, this competition has provided an opportunity to work in greater depth on scenes from the theatrical repertoire. In my opinion, the work of an actor involves analyzing and shaping a dramatic moment, in order to inhabit it completely. Thanks to the invaluable advice of actor and director Jacques Rossi, it has been a very rewarding experience. This grant will allow me to devote myself fully to my final year of studies in theatrical performance." 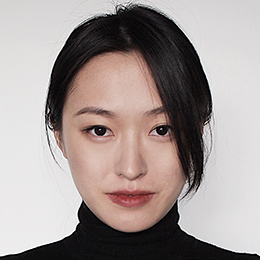 Kelly Lin is a Canadian conductor and concert pianist who enjoys an active career performing internationally throughout North America, Europe, and Asia. Among her recent piano engagements include recitals with the Oasis Musicale Concert Series in Montreal and the Steinway City Hall in Guangzhou. She holds a Bachelor and Master’s degree in piano performance from McGill University’s Schulich School of Music where her teachers were Marina Mdivani and Sara Laimon. As a conductor, Kelly has worked closely under the mentorship of Guillaume Bourgogne and has conducted the Missouri Symphony Orchestra in the United States and the Szolnok Symphony Orchestra in Hungary. This coming fall, Kelly will pursue graduate studies in conducting at the Schulich School of Music.

“We are very pleased to welcome Kelly Lin to our graduate conducting program. An accomplished pianist, Ms. Lin has rapidly demonstrated outstanding potential in conducting. In the words of Prof. Guillaume Bourgogne, world-renowned conductor and leader of McGill’s Contemporary Music Ensemble: “Kelly Lin’s talent is truly exceptional. I had never seen before anyone else capable of becoming a conductor in just one year! Miss Lin’s conducting is magnetic, captivating and inspiring.” We are thankful to the Hnatyshyn Foundation for their continuing support of the development of talented young Canadian artists.” Stéphane Lemelin