Seven young performing artists have been selected to receive grants of $10,000 each this year from The Hnatyshyn Foundation to pursue their studies for the 2019-20 academic year. This brings to $1,050,000 the amount invested in post-secondary grants for performing artists since the Foundation began programming in 2005.

In addition to the $10,000 grants in the performing arts, the Foundation also provides a fellowship of $15,000 in partnership with the McGill Schulich School of Music. The second recipient of the Hnatyshyn – Christa and Franz-Paul Decker Fellowship for Young Conductors was awarded to Francis Choinière of Montreal. 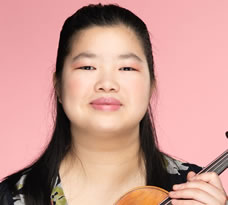 Yu Kai is entering her final year in the Bachelor of Music (Honours) Program at the Glenn Gould School of the Royal Conservatory of Music in Toronto under the tutelage of Professor Victor Danchenko. She is a recipient of the Henry Hung Foundation Full-Tuition Scholarships. Yu Kai has recently appeared as a soloist with the Mississauga Symphony, York Symphony, Oakville Chamber and North York Concert Orchestras. Laureate of the 2019 Glenn Gould School Concerto Competition, she will perform the Shostakovich Violin Concerto No.1 with the Royal Conservatory Orchestra in the upcoming season.

“I am absolutely thrilled and honoured to receive the Hnatyshyn Foundation Developing Artist Grant. This prize will serve as a major financial support towards the development of my musical career. It will help me in the expenses relating to national and international competitions, as well as towards my upcoming graduate school applications, for which I intend to apply to music schools in Canada, USA and European countries.” 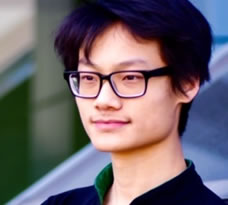 Born in China, Zhan Hong Xiao discovered music at the Maîtrise des Petits Chanteurs du Mont-Royal [Young Choristers of Mount Royal] when he was nine years old. In 2014, he began classes with Richard Raymond at the the Montreal Conservatory of Music. The following year, he was chosen to represent Quebec at the CFMTA National Piano Competition, where he took 2nd Prize, as well as the Dorothy Buckley Prize for Best Performance of a Canadian Composition, and the Willard Schultz Prize — awarded by the jury to the most promising artist in the competition.
In 2017, he won the Grand Prize on the program Virtuose [Virtuoso], broadcast on Radio-Canada. In 2018, he took 3rd Prize in the Manulife OSM Competition, the most prestigious performance competition in Canada. He has also appeared on lists of rising stars in the magazine Scena Musicale (2017), and at Place des Arts (2019). As a guest soloist, he has played with the Sinfonia de Lanaudière at the Festival International de Lanaudière, with the Orchestre Métropolitain à la Maison Symphonique de Montréal, and with the McGill Chamber Orchestra under the direction of Maestro Boris Brott.

"I would like to sincerely thank the Hnatyshyn Foundation for believing in me and for presenting me with this generous award for studies in classical piano. This grant is particularly helpful as I begin my career, and I will always be deeply grateful to you. It warms my heart to know that there are organizations like yours which support and encourage artistic development." 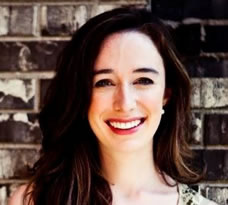 Sara Schabas is a native of Toronto. She holds degrees from the University of Toronto and Roosevelt University in Chicago, and has performed with numerous festivals and opera companies in North America. She is currently continuing her studies in Vienna, Austria under the tutelage of Michael Schade.

“I am continuously awestruck by the power of the unamplified voice to transfix audiences with its visceral, vulnerable and transcendent expression of words and emotions. By studying in Vienna with Michael Schade and other world-class musicians, immersed in a different language and culture, I am developing my own tool kit to express myself with style, nuance, and hopefully, humanity.” 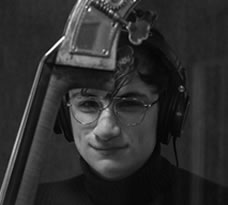 Evan Gratham, a 20-year-old bassist, composer, and arranger from North Vancouver and Toronto will enter his fourth year in the Bachelor of Jazz Performance program at the University of Toronto this autumn. Evan has been the recipient of numerous music awards, and is especially proud of those named in honour of some of Canada’s jazz pioneers: the Fraser McPherson Scholarship, the Phil Nimmons Outstanding Jazz Performer Award, and now the Oscar Peterson Developing Artist Grant. Having played his first professional show at 13-years of age, Evan has played with numerous established and up and coming artists at major jazz festivals (Vancouver, Ottawa, Toronto, Halifax, Sudbury) and numerous other venues across the country.

“At its best, jazz is a model of what our society we can aspire to. Everyone brings their own experiences, ideas, and preferences, and we have no choice but to work towards the outcome together. When we interact, negotiate, and create music together, we end up with something far greater than the sum of its parts, a melding of ideas that we have all played a role in steering towards. This is the kind of music I strive to make, and continue to learn how my role as a bassist fits into these interactions”. 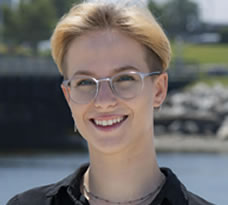 Marie-Maxime Ross, originally from Rimouski, Quebec, has been awarded a grant in contemporary dance. The 20-year-old performer is about to begin her third and final year at the École de danse contemporaine de Montréal.

"For me, the most important thing is to be able, through dance, to help people rediscover and recentre themselves, because it is dance that really brought me to life. Dancing is a great discipline — allowing us to learn more about ourselves, often accessing parts of ourselves that we thought were lost. We are at our most vulnerable when we pour all that we are into the thing we are most passionate about." 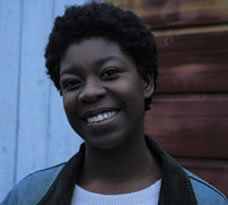 Ivy Charles of Winnipeg, MB and Vancouver, BC is the recipient of the grant for English Theatre: Acting. Ivy returns this fall to complete her acting studies at Studio 58.

"I want young girls who look like me to feel represented in this field. An opportunity of which I did not have. This grant allows me to pursue this goal and share my passion." 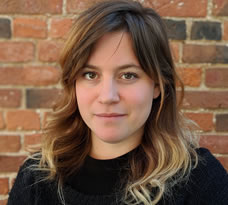 Laurence is starting her final year in performance at the Conservatoire d'art dramatique de Québec. Before even starting school, she had already become known for her appearances in several short films. Her artistic journey has also involved her participation in a wide range of artistic projects, as well as the Festival OFF FEQ.

"I am extremely grateful to have fallen in love with theatre at a very young age, and to have been able to further develop the pleasure I take in performing. Early on, I was fortunate enough to connect with my feelings, my passion, and my willingness to take a leap into the unknown. I want people to be moved by my work, to be affected somehow. I want them to be worried, take action, ask questions, become interested in something, be curious, run towards one another, encounter one another, interact, reflect." 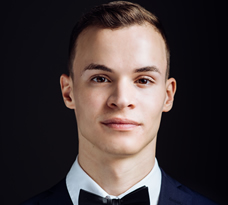 The second recipient of the Hnatyshyn – Christa and Franz-Paul Decker Fellowship for Young Conductors is Francis Choinière of Montreal.

Francis is a versatile musician active as a choral and orchestral conductor, concert producer, pianist, composer, and baritone. Co-founder of the OPCM with Elie Boissinot, (Orchestre Philharmonique et Choeur des Mélomanes), Artistic Director of L’Ensemble Vocal Trame Sonore, Conductor of the Choeur Fernand Lindsay for the Festival de Lanaudière, and chorus master for several concerts at the Bell Center (with Andrea Bocelli, Sarah Brightman, Hans Zimmer and Ramin Djawadi), Francis is highly engaged in Montreal’s music scene. Francis is the co-founder and President of GFN Productions, a production company that presents several high caliber concerts in Montreal’s finest venues such as the Lord of the Rings: Fellowship of the Ring concert presented at Salle Wilfrid Pelletier, Place des Arts with more than 250 musicians and singers on stage. Francis has received many scholarships and prizes including the Helmut Blume Memorial Scholarship and the Barbara Ann (Smith) Pennie Prize for Musicianship.

“My passion for the choral and orchestral repertoire is what has always driven me to become a conductor. Receiving The Hnatyshyn Foundation Conductor’s Fellowship is a great honour, and allows me to dedicate my time to meaningful projects that help advance my career.”