Interdisciplinary visual artist Meagan Musseau of Newfoundland and Labrador has been selected to conduct the 2018 Emerging Atlantic Canada Artist Residency in Banff. 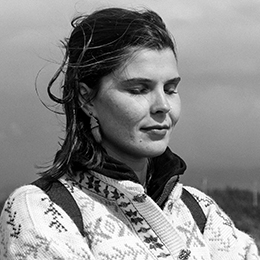 “During the residency, I will create a new body of work titled Necklaces Were Broken,” explains Musseau. “This work is a response to a collection of Beothuk caribou bone pendants held in the vault at The Rooms provincial museum in St. John’s, NL. These belongings were customarily placed in burial grounds but have been taken from the territory and put into a museum. Necklaces Were Broken will symbolically reclaim these pendants and honour the dreams and strength of our relations through artistic creation.”