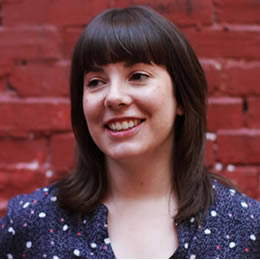 Tarah Hogue is a curator, cultural worker and writer. She is the inaugural Senior Curatorial Fellow, Indigenous Art at the Vancouver Art Gallery, and an uninvited guest on unceded xʷməθkʷəy̓əm, Sḵwx̱wú7mesh and səl̓ilwətaɁɬ territories since 2008. Her work often responds to complex histories of place through adjacent or resonant gestures embodied within contemporary artistic practices, and utilizes process-based and collaborative working methods. Her recent curatorial projects include Ayumi Goto and Peter Morin: how do you carry the land? at the Vancouver Art Gallery (2018), The Commute, co-curated with Freja Carmichael, Sarah Biscarra Dilley, Léuli Eshragi and Lana Lopesi at the Institute of Modern Art, Brisbane (2018), and #callresponse, co-organized with Maria Hupfield and Tania Willard in partnership with grunt gallery (2016–19). Her writing has appeared in BlackFlash, c magazine, Canadian Art, Inuit Art Quarterly, MICE Magazine and others. Hogue is the co-chair of the Aboriginal Curatorial Collective / Collectif des commissaires autochtones. She holds an MA in Critical and Curatorial Studies from the University of British Columbia and a BA(H) in Art History from Queen’s University. Raised in Red Deer, Alberta on the border between Treaty 6 and 7 territories, she is a member of the Métis Nation with French Canadian and Dutch ancestry.

"I approach curating as a form of research, as speculative propositions where complex, layered understandings emerge in the relational space between artworks, bodies, and space. This involves attending to the conceptual and material conditions of artworks, and what these demand spatially, as well as being responsive to context, including institutional and local histories, and how these relate to broader global concerns." 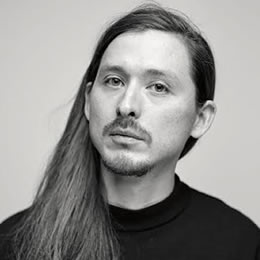 Walter Scott is a Kanien’keha:ka (Mohawk) artist working in diverse media—including sculpture, drawing, video, performance and graphic novels — he explores the navigation of social and emotional worlds. His Wendy comic strip and books, have gained critical acclaim and a cult following: “If granted the award, I would wrap up production on my current project - the third volume of the Wendy comic series. I would also bring my new project, a short Wendy animated film, to be shown in galleries and artist-run centres upon completion.”
Other areas of his practice are interconnected, yet distinct. Last year, Scott presented a new suite of sculptures at the Remai Modern, in Saskatoon. This year, he will develop a new body of work as an Artist in Residence at the International Curatorial and Studio Program, in Brooklyn, New York.